← The ABC’s of Adventure Racing Gear Part III – Stuff We Use and Recommend
Failin’, Bailin’, & Nailin’ it at Bittersweet →

Doin’ Work on the Single Speeds

About a year ago, I had the very first mountain bike I ever purchased (when I was 13 or 14) converted into a single speed by our local bike guru Nick Smith at Red Wheel Bike Shop.  It was an early 90’s Specialized Rock Hopper, and I loved it.  I actually loved it more as a single speed than when she had gears.  I call her Paula (after Paula Abdul the Laker Girl since it is purple and yellow).  Here she is: 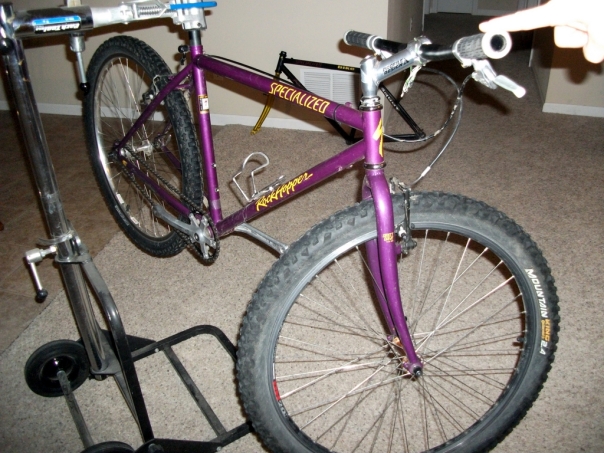 Unfortunately, the threads on the original fork just couldn’t keep up with the punishment I’ve dished out on Paula.  I hated to replace the original fork, but I had no choice.  So, as I talked about in an earlier post, I found an early 90’s Specialized Rockhopper frame and fork on craigslist-St. Louis for $30.  I figured I could use the fork from that bike on Paula, and then I could eventually use that frame to build another fantasticly-old-school single speed. 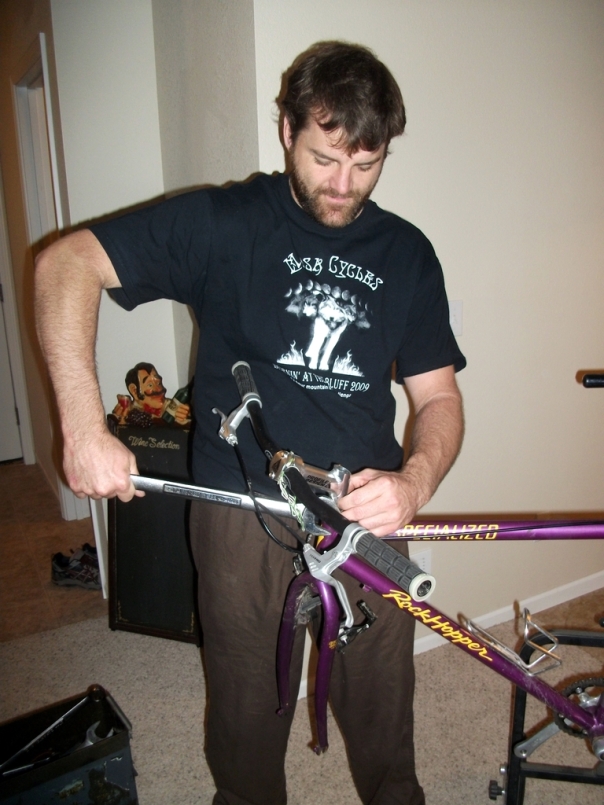 Bob with a big tool in his hand

Well, apparently the bikes were not from the same year, and the fork would not fit Paula.  So, Bob and I had a little fun moving everything over from Paula onto the other frame.  Now, keep in mind that we are not bike mechanics, and I know almost nothing when it comes to working on bikes.

The "Quick" Release chain link was not very quick

We got everything switched over.  The brakes were a pain in the ass, and we still don’t have them quite right.  I stole a pair of grips from Bob, and I also stole some platform pedals with toe cages from him until I can switch my clipless pedals over.  The only thing that is going to need replacing is the headset, because the handlebars are a little loose.  But for now this baby is ready to go.

Since this bike is made up of a hodge podge of parts begged, borrowed, and stolen from others, it is sort of a Frankenstein of bikes.  So I think I’ll call it Frank.  If you have any better ideas for a name, post them in the comments below.  And here’s one more pic of my new-old ride: 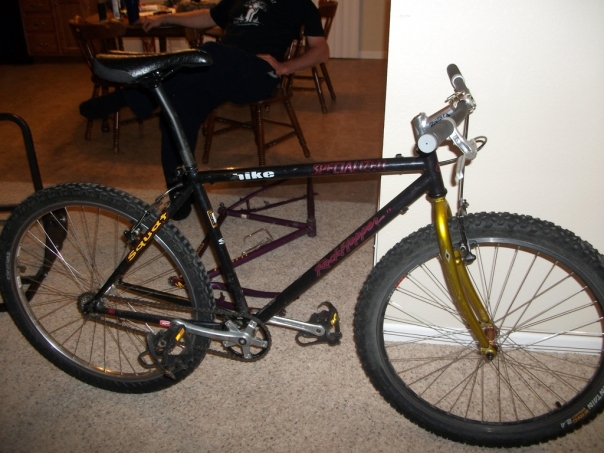 ← The ABC’s of Adventure Racing Gear Part III – Stuff We Use and Recommend
Failin’, Bailin’, & Nailin’ it at Bittersweet →