← The ABC’s of Adventure Racing Gear Part IV – Stuff We Use and Recommend
Completely Flabbergasted!!! →

A quick post today… Zack’s son has a birthday party today, so we couldn’t go to the gravel grinder in Columbia (find info about it here).  So we decided to head out earlier this morning for a Pavement Pounder instead.  The course Zack had planned was roughly 22 miles.

Checking the map before heading out.

The morning was beautiful, but it was really cold – I think it was about 15 degrees when we started.  We headed out from Zack’s house and tried to push the pace to warm ourselves up.

The moon had not yet gone to bed.

Man, it was cold!  My face was flippin’ frozen, and my toes were ice-cold from the start.  The route Zack had planned was all pavement, but there was very little traffic.  There were lots of hills, and the scenery was great.

Nine Hills Rd. is appropriately named if you count one small hill.

Just some of the hills we destroyed.

I had heated up just fine by this point… except for my toes.  My toes were hurting pretty damn bad!  I guess I’m going to have to break down and buy some neoprene booties.  I was a wimp, and we decided to cut the ride a little short.

Because we altered the route, we rode along the side of a train hauling coal in the opposite direction.  I’m not sure why, but I thought this was really cool.  Maybe it reminded me of when I was a kid and put pennies on the railroad tracks by my grandparents’ house to see them completely flattened by the trains. 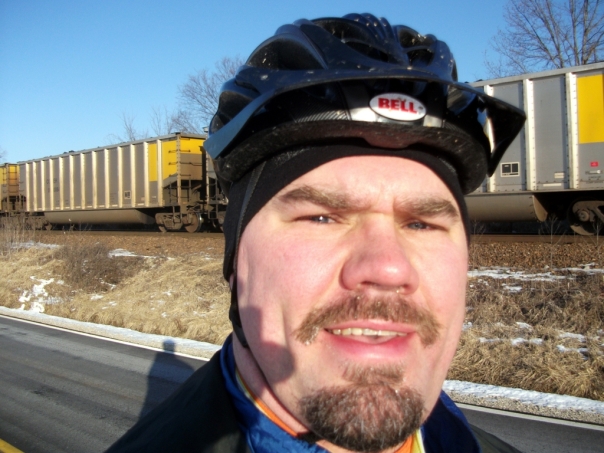 We ended up riding 17 miles, and I don’t think the temperature ever got above 20 degrees.  It was a great ride, though.  Anytime you can get outside and ride your bike is a good day.  It’s an even better day when you ride with a friend, and when that friend just happens to be your brother, it is the best of days. 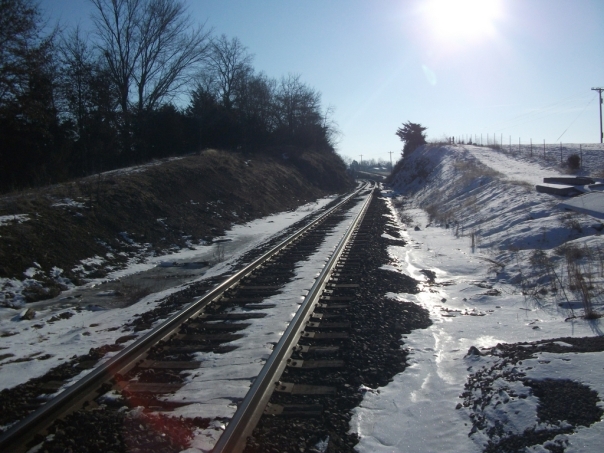 ← The ABC’s of Adventure Racing Gear Part IV – Stuff We Use and Recommend
Completely Flabbergasted!!! →