A Fistful of Firsts on the Horizon

Good day to all of you Virtusites!  We hope you had a wonderful Halloween.  All of us had a blast taking our little ones trick-or-treating, but Adam really got into the Halloween spirit.  He terrified all of us by dressing up as a real member of Team Virtus! 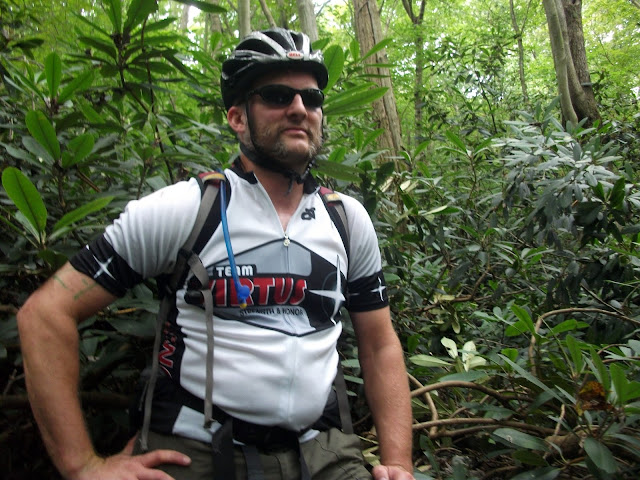 With Fall in full swing and Old Man Winter lurking just around the corner, a lot of teams see this as the “off-season.”  Well, not Team Virtus!  We have to keep racing if we want to stay mediocre, don’t we?  So we just wanted to give you all a quick heads-up regarding some upcoming races for Team Virtus.

Next up is the Race of Hope Rogaine in Ohio.  I’ll be meeting Casey and Austin, my nephew, this weekend at Lake Hope State Park near Zaleski, OH.  Why such a last-minute addition to our race schedule?  Well, I still have Casey’s mountain bike that he left behind after this year’s Berryman Adventure Race.  So we decided to meet halfway so he could get his bike back.  Since we were going to meet halfway, we looked around for a race, and we found the ROH Rogaine. 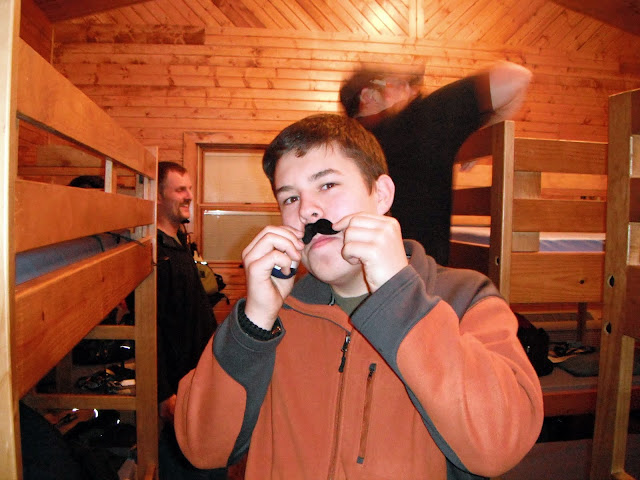 Just in time for "Movember," Austin sports a sweet 'stache.

This race is put on by NSF Adventures.  If you’ve been with us from the beginning, then you’ll remember that they put on the very first race that we ever officially did as Team Virtus.  They are also the same guys that put on the Shawnee Extreme 24-hour rogaine that we did last year.  These are top-notch orienteering races, so we knew we wouldn’t be disappointed like we were at the Lionheart AR.

We’re pretty excited about this race.  It will be Austin’s first ever 12-hour race.  It will be his first rogaine race.  And it will be the first time I’ve actually raced with Austin (we went to the High Profile Adventure Racing Camp together, but we didn’t race together).  Austin has become a very good navigator, so we plan on handing over the map and compass to him to see what happens.  Stay tuned for a report.  It’s gonna be fun. 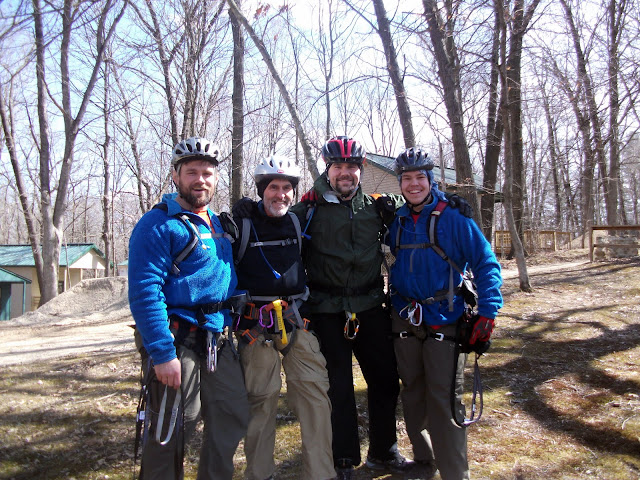 Unfortunately, my dad won't be joining us this time.

Next month, we will be heading to the Castlewood 8-Hour AR en masse.  Six of us (Yes. SIX!) will form two teams.  Bob Jenkins and Robby Brown are teaming up to dominate the Two-Person Male Division, and Rusty Sapp, Drew West, Adam Laffoon, and I will compete in the Four-Person Male Division.  Sadly, we couldn’t manage to find a way to do this race with Kage, but she will be teaming up with Orange Lederhosen in the Four-Person Elite Division.  We missed last year’s Castlewood AR, but Bob and I had a great time two years ago.  Hopefully, no one will have cracked ribs this year, though. 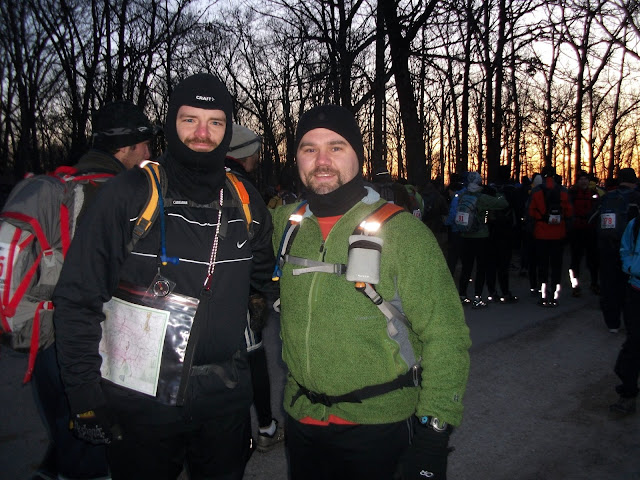 It was cold in '09, and, although it's hard to believe, I was even fatter than I am now.

Castlewood will be Bob’s first race as the lead navigator, and he’s been working hard at it to ensure he and Robby rock the course.  This will also be Robby’s and Rusty’s first adventure race, and Castlewood is a perfect choice for getting their feet wet.  And this will be Drew’s first AR of 2011 and our first AR together since last year’s “Buster Douglas moment” at the Berryman Adventure Race in 2010.  And it could be the first race where Adam doesn’t get fired from the team… But I doubt it.

Some other races that we’re throwing around as possibly doing to finish a great 2011: The XCX Cross Country Xtreme, the Turkey-O, and the Possum Trot Orienteering Race (a REALLY fun race that I did 2 years ago).

So, will we see any of you at any of these races?  We hope so!  Seriously.  You’d better be there, and you’d better come say hello.