I have a confession to make. I’ve given up endurance sports.

With endurance sports like Adventure Racing, there really isn’t an off-season. You can train and race year-round if you want. But I decided to take break, an off-season if you will. That’s right. I haven’t gone for a run or been on my bike in roughly two months. Maybe more.

Many people may consider this sacrilege, but I assure you I haven’t lost my mind. I simply needed a break from all of the long-distance stuff. So I’ve been lifting weights four times a week, doing some high intensity intervals here and there, and eating a LOT. Yes, I’ve gained weight. I’m okay with that. I wanted to get stronger, and I wanted to do something else for a little while. And I’m having a blast.

When it was time to sign up for the Castlewood 8-Hour Adventure Race, I knew I was out. But I also knew I would hate sitting at home, trying to get updates on how my teammates were doing. So my lovely wife agreed to volunteer with me at Castlewood. It would be the maiden voyage into volunteering for both of us, and I was excited she was coming with me. We dropped our amazing kids off at a friend’s house for the weekend, and we were on our way. 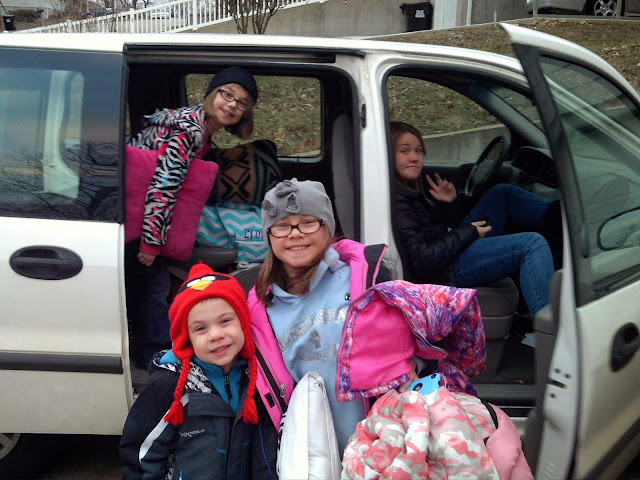 There was some confusion as to whether we were meeting at the Alpine Shop or at Bob’s house, but eventually we all ended up together. Then it was time for some carb-loading, because, you know… Volunteering is very strenuous. Becca and I would need our glycogen stores topped off, so we all went to Dewey’s.  It was excellent, and we all laughed our asses off.  The quote of the night was from our very own Bob Jenkins to the waiter: “Nope.  It’s too late.  You hurt my fat heart.”  It was hilarious. 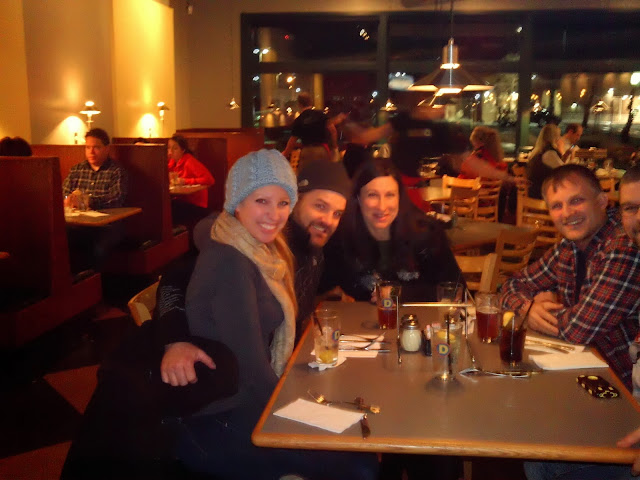 My wife “accidentally” cut me out of the picture for no reason at all.

After stuffing our bellies, we went back to Bob and Cara’s new house (which is awesome by the way). Bob thought he would need a refresher course on plotting UTM points, but it’s kind of like riding a bike. You never forget how to do it. Well, that’s what I’m hoping anyway since I haven’t been on a bike in forever. Anywho… After Bob plotted the points with no problems, the team put together a stategery for the race.

Honestly, it was very strange to be observing instead of participating in the pre-race whirlwind: plotting, route-planning, gear packing, gear list checking, repacking, making fun of Adam (well, I might have participated in that last one). We all went to bed way too late, and the alarm went off way too early. Bob’s new house is very close to race HQ at the Wyman Center, which worked out great for this race. Even though we only had a ten-minute drive or so, we were still running late. Shocking, I know. But at least we were all organized and prepared come race morning: 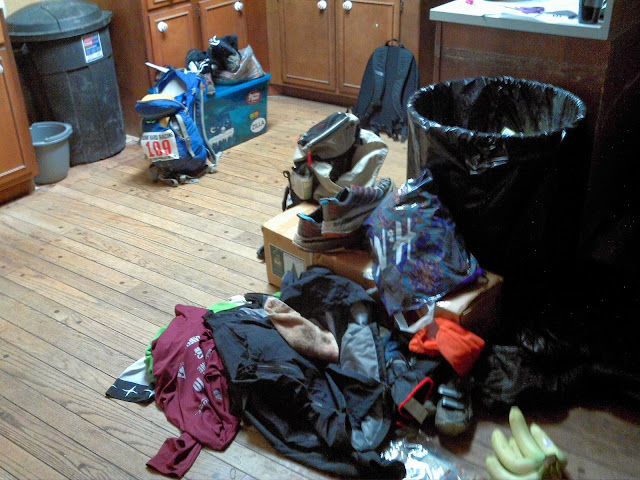 Team Virtus will soon offer a race-planning seminar so you too can organize like this!

We made it to the Wyman Center right on schedule which was 20 minutes after we had intended. We dropped the bikes off outside, and then we found our guest racer, Jim Smith of Monster Bicycle Company and Team TOG fame. How he was talked into tarnishing his reputation by racing with Team Virtus is beyond me. The race started at 7:00 AM with teams heading out on foot for a short orienteering section. Becca and I were given our orders, and we headed to the canoe put-in where racers were expected to arrive around 8:00 AM. There was only one problem, though:

“ROAD CLOSED. DO NOT ENTER.”

The road to the river access was closed and chained. I called Gary, the race director, and left him a message. I was a little worried about missing the first racers, and since I had the puncher the racers needed to punch their passports, we really needed to be there. So in true adventure racing-spirit, Becca was ready to hop the fence and walk a mile or so in 10 degree weather. She didn’t even hesitate. So I threw some snacks, water, and hand-warmers into my pack, and away we went. Fotunately, we didn’t have to climb the fence. We simply walked down and around the fence and through some brush to the other side.

Somewhere under all of those layers is a future adventure racer… It’s also my hot wife.

About three-quarters of the way to the boat ramp, we met a park ranger driving toward us in a truck. He asked if we were with the race, and we informed him that we had to park on the other side of the fence. Well, it turns out that the gate was unlocked after all. It just looked like it was locked with the chains wrapped around each other. Well, damn. I felt like an idiot, but it was clearly all part of my plan to give Becca a taste of the “expect the unexpected” nature of adventure racing.

I continued to walk since I was close enough to the put-in by now, and Becca hitched a ride back to the Virtus Van. I didn’t get another hundred yards before Gary pulled up and gave me a ride the rest of the way to the boat ramp at Checkpoint 13.  Becca soon joined me after parking the Virtus Van.

It was cold.  Very cold.  Like 10 to 15 degrees cold.  We set up shop on the boat ramp and waited.  We were layered up, and we had plenty of chemical hand-warmers. Every 30 – 45 minutes I would start up a new batch of hand-warmers so that we always had a fresh supply to keep our hands and feet warm.  It worked fairly well for the most part, although our toes got pretty cold from time to time.

At about 8:10 or so, the top four or five teams came in within a minute or two of each other.  They all looked great as they quickly got their bikes in the canoes and canoes on the water.  Other teams started to come in, usually in waves of 3 or 4teams at a time.  It was a bit hectic as Becca handed each team their new UTM coordinates to plot and I punched their passports and wrote down their times. Our friends from Team TOG, Dave and Justin, came into the CP a little after 9:00.  And it was great to see them.

Foggy glasses and an awesome ice beard. Badassery at its finest.

And then at 9:15, we saw them.  Our beloved team came into CP13, and they looked like they were having fun (shocking, I know).  They said they had stayed pretty warm, and Bob had apparently been nailing the navigation – which nobody other than Bob ever doubted.  Bob quickly began plotting the points using the UTMs we had given him as the rest of the team got their gear and bikes into the canoes.

Bob had his thinking helmet on to plot the points.

Other teams were coming and going – punching their passports, plotting UTMs, packing bikes into canoes, carrying canoes…  It was chaotic, but it was really cool to watch.  Once Bob had the points plotted, they were ready to get on the river. Playing the “Girl-Card” that Robyn Benincasa has talked about, Kage did nothing while the guys carried the canoes to the water.

Becca and I both shed some tears, forming tear-cicles on our cheeks, as we watched our team push off into the frigid, unforgiving waters.  We weren’t sure if we’d ever see them again.  Well, that’s not true.  But we knew how cold that paddle was going to be. I didn’t envy them at this moment.

Other teams came through our CP.  One team got there, punched their passport, and turned around to ride back to Race HQ.  He said, “There’s no way in hell we’re getting on that water.”  Two or three other teams never made it to CP13 before deciding to call it quits.  Eventually, there was only one team left that hadn’t yet made it to CP13.

We said good-bye to our new friend and race photographer, Travis Irvin, but not before he helped me carry a lone canoe up from the boat ramp.

The last team out came in around 10:45.  That was about an hour after all other teams, but these guys really embodied the spirit of adventure racing.  They lost their passport on the first orienteering section, so they had to go back and get a new passport and then do most of the first O-course all over again before moving on.  But they didn’t quit.  They just kept going.  That’s pretty damn cool if you ask me.  Big kudos to those guys.

On the way back to Race HQ, Becca and I grabbed some delicious soup from Panera Bread (although near St. Louis they’re still called St. Louis Bread Co.).  Man, that soup hit the spot!  We could feel it warming us from the inside.  Then we went back to the Wyman Center to wait for teams to come in, plot more points for an optional orienteering section, and then finish. Becca and I were in charge of the food tables, carrying the pizzas, labeling the pizza boxes, removing empty boxes, etc.  Teams came in, warmed up a bit as they plotted points, and then headed out to get more CP’s.  We were happy to see Team Virtus roll in.

Bob plotted the extra points as the others filled water bottles.  It seems when it’s really cold, even the insulated bottles won’t keep your water from freezing.

A homemade frosty. This one is water-flavored.

As Bob finished plotting the last few CP’s and planned a route to get a couple more optional CP’s, the rest of the team warmed up, ate some food, and got ready to head back out in the cold.  Kage even had time to be a perv and sneak into the Men’s restroom.  Here is proof:

Yes, that’s the men’s room. At her age, though, she gets confused sometimes.

It was really great to be at the finish to see the fast teams finish as other teams were still coming in only to go back out for more CP’s.  And it was great to hear different race stories from our AR friends, new and old. I was a little worried that our team might miss the cutoff, but I shouldn’t have been.  With ten minutes to spare, the team came running down the hill, literally leaping over a railing as they made their way to the finish line.

I couldn’t be prouder of the team.  They ran a really great race.  Congrats, guys.  Big thanks to Bonk Hard Racing for letting us help out, and an even bigger thanks to my amazing wife, Becca, for volunteering with me.  It was way more fun having her there with me. And no Virtus race report would be complete without at least one Maw Maw joke.  So here she is after the race:

Circulation is often hindered once you reach a certain age.  This can often leave you feeling cold. A shawl is a must-have item, and Maw Maw never leaves home without one.

You can check out some more photos below, and you can also read Kage’s race report right here.  And don’t forget that you can keep up with us on our facebook page and/or twitter.