This post is long overdue. And I mean LOOOOOOOONG overdue. We need to first say sorry to someone, and then turn around and thank that same someone.

We need to apologize for taking so long in writing this blog post. So, we sincerely apologize. We were – and are – afraid that whatever we write will never truly express how we feel. Hopefully, we can come close.

Now, on to the thanks.

We’d like to thank a very special someone who has supported us not only financially, but emotionally and spiritually as well. For the last two years, Cead Mile Failte Ceilidh, or just Ceilidh (pronounced Kay-Lee) for short,  has been our biggest and furriest (yes even furrier than Bob) sponsor.

Ceilidh is a gorgeous Wheaten Terrier.

Before Ceilidh, I had never even heard of a Wheaten Terrier, but after being educated by my good friend, and Ceilidh’s mom, Ann, I’ve come to realize just how much of a Virtusan Ceilidh really is.  Don’t believe me? Read on.

Ceilidh’s practicing for a Mystery Event.

Because of Ceilidh’s  financial support, we’ve been able to race at Dirty Kanza more affordably, reduce the cost of our jerseys, buy some Control Markers for our Adventure Non-Races, and many other things. And for that we, thank you.

The financial support has been incredible and unexpected, and as much as we truly, truly appreciate it, that’s not the only reason we love Ceilidh and his parents, Ann and Mark.

As amazing as Ceilidh is, Ann and Mark are just as amazing. Every time we race, we know they are keeping an eye on facebook and any other outlets to see how we’re doing. Knowing they are behind us makes us push ourselves that much harder.

Ceilidh is ready to go!

It’s really great knowing that we have friends  (the people- as well as the four-legged-variety) who had never even heard of Adventure Racing until a few years ago, out there watching us, supporting us, and cheering us on. It means more to us than they’ll ever know.

Here is Caylee as a pup. Just look at that face!

Ceilidh is, and forever will be, a Virtusan, through and through.

The Hardest CAC …….. Post I’ve Ever had to Write

It is with great sadness that I must inform you that we will not be providing you with free CAC. We originally planned to pleasure all of you with our CAC on April 5th, but that just isn’t going to happen.

Sorry, James Van Der Beek. No CAC for you.

Whether you believe it or not, Bob and I have poured a crap-ton of work, not to mention our hearts and souls, into working on our CAC last year as well as the year before, the Deuce 3 years ago, and the First Team Virtus Non-Race the year before that (clearly we didn’t come up with good names for our Adventure Non-Races until the second year).

We’ve spent a lot of time away from our families as well as quite a bit of our own money to give you the best, free non-racing experience we could.

And we’ve loved every damn minute of it.

But we just don’t have time to get our CAC polished and ready by April 5th. Bob is now living in Ellisville and remodeling his house there, and my life is crazier and busier than ever with kid activities and other miscellaneous miscellany. It’s been really difficult for us to put our heads together and really work hard on our CAC.

Bob likes to use all of his senses when working on his CAC. This photo was taken on a scouting trip from last year, and it was not staged. For real. Bob just really enjoys tubed meat.

So we’ve decided to postpone the CAC this year. We did not come to this decision lightly. We toyed with the idea of changing venues. We thought about using a permanent Trim course at Rock Bridge or Rockwoods Range to save us some time and hassle. We even considered doing an Urban Adventure Non-Race. We’ve thought about a lot of different ways we could provide you with our CAC again this year.

But in the end, we figured no one would want a soft, lifeless CAC, and we don’t want to offer you anything half-assed. And that’s exactly what it would have been if we had tried to put it together by April 5th.

We sincerely apologize. We hope you don’t hate us. And we hope we haven’t messed up anyone’s plans.

We’re still considering doing the Cinco-De-CAC-O (it would be our fifth year!) sometime later this year. If you’d be interested in that, please let us know in the comments. If there’s not much interest, we won’t waste our time.

We’ve also considered just doing a campout at Pine Ridge or somewhere else the weekend of April 5th just to get together and ride/drink/eat half-priced-meat together (Maybe at Two Rivers?). So let us know if you’d be down for anything like that as well.

Seriously. Please let us know if you want to see our CAC at a later date and if you’d want to get together somewhere the first weekend of April. Do it! Leave us a comment. 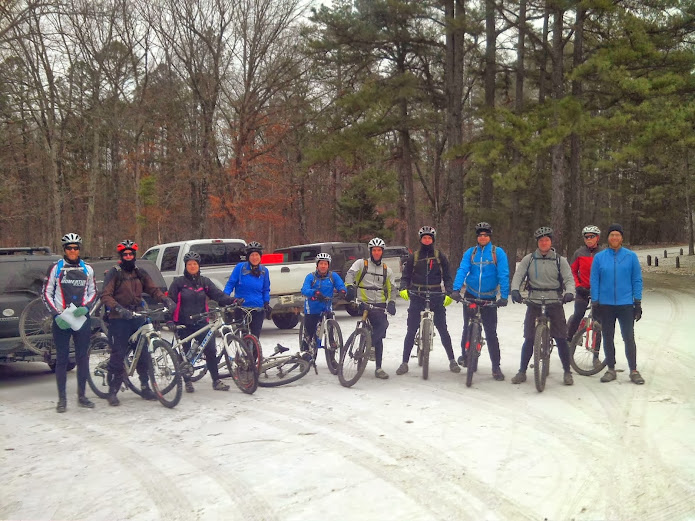 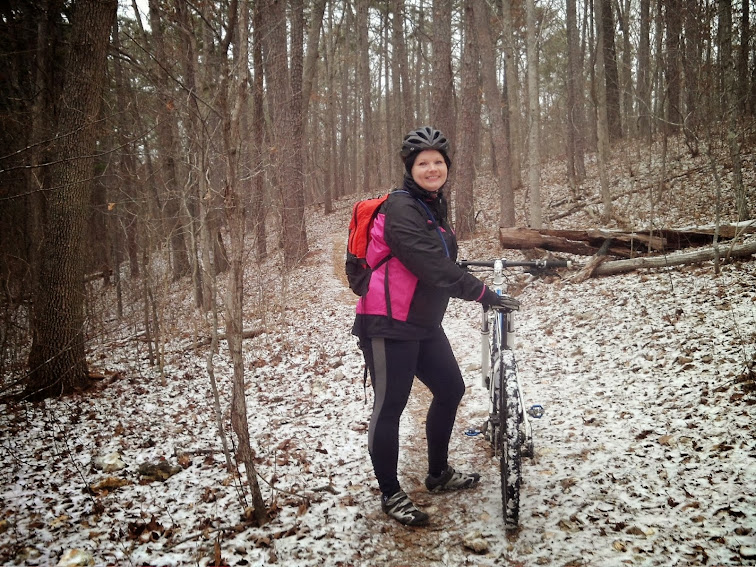 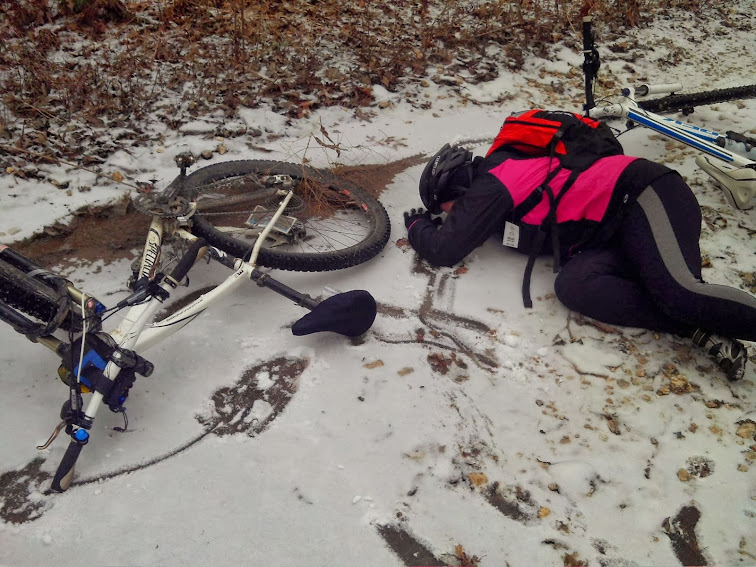 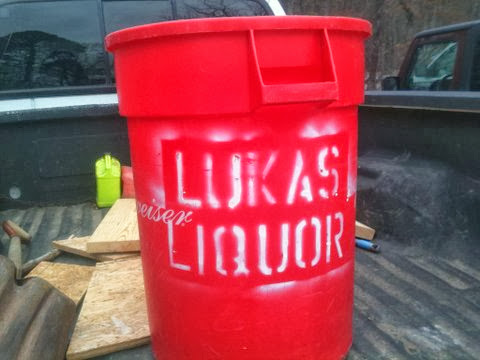 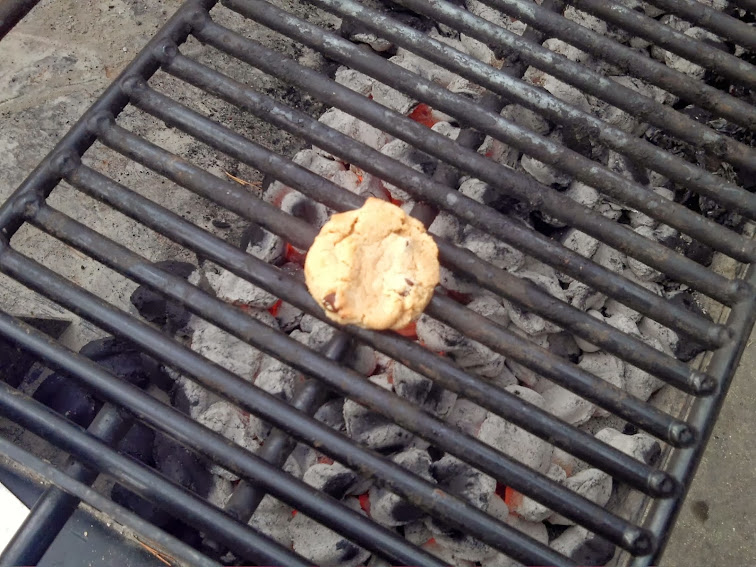 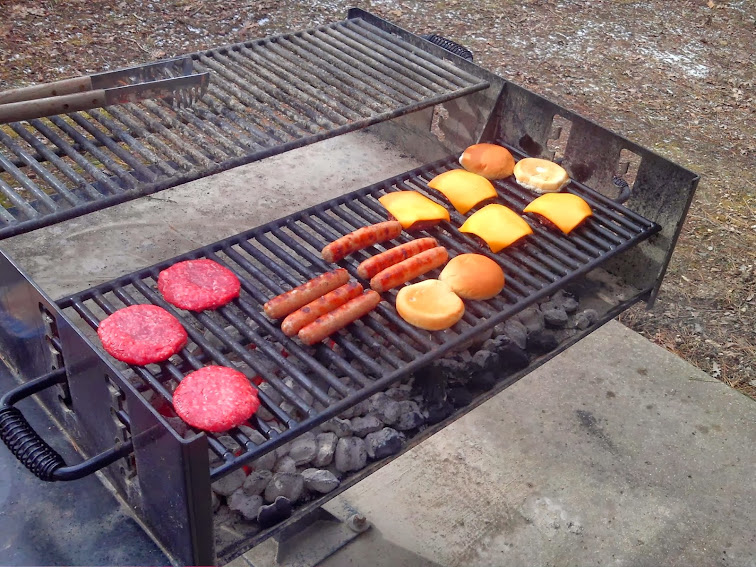 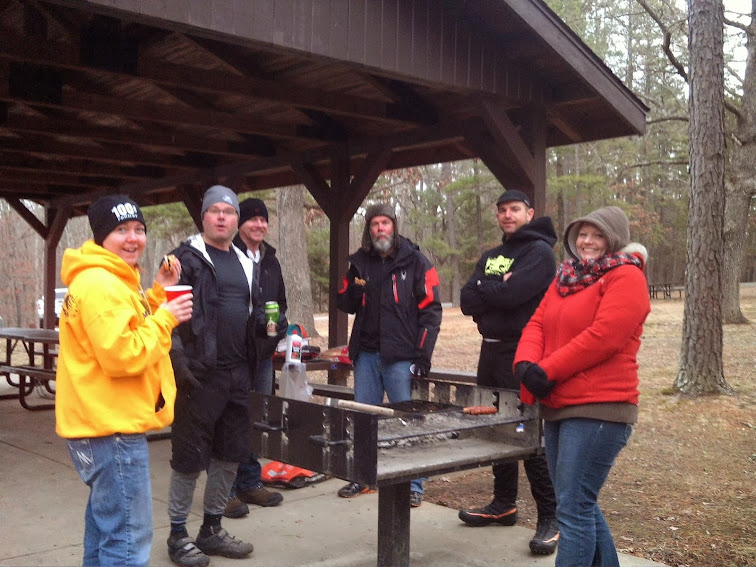 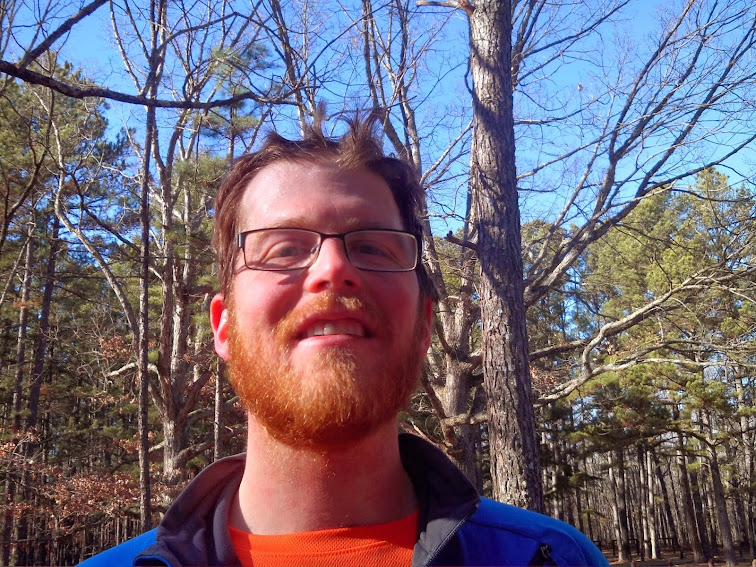 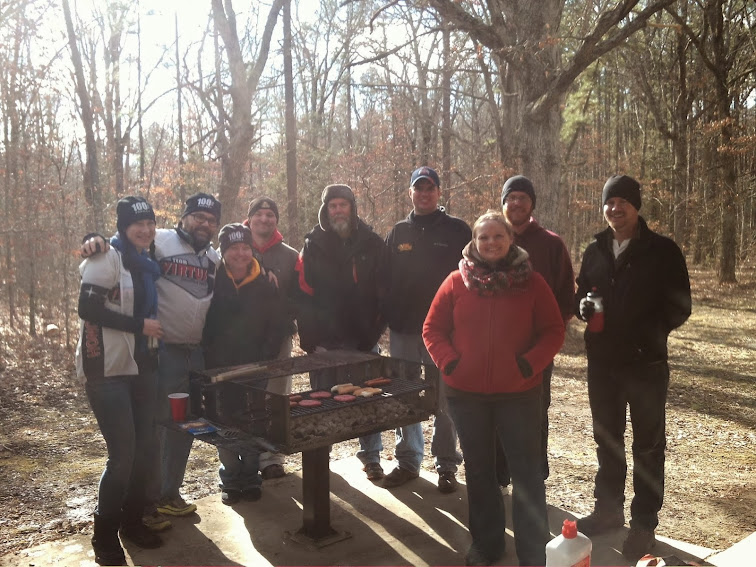 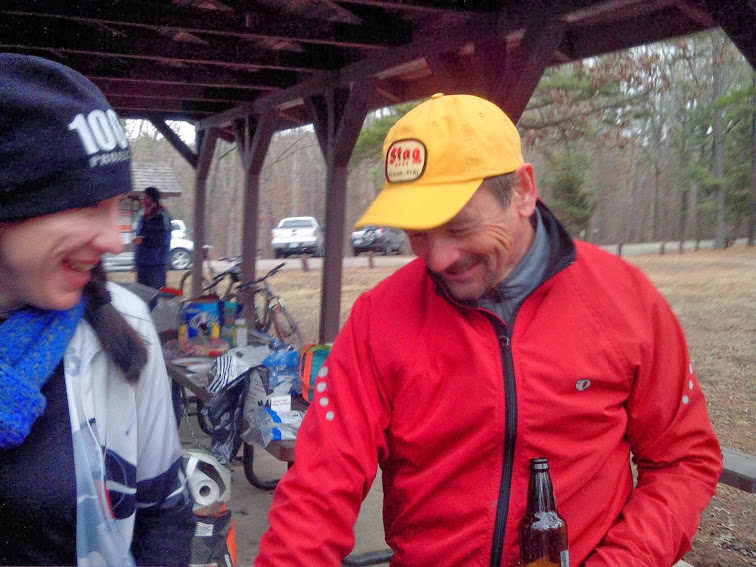 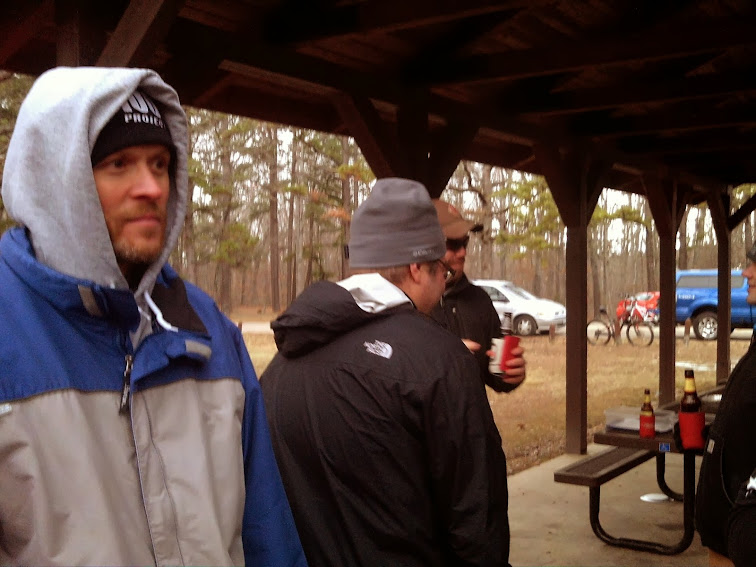 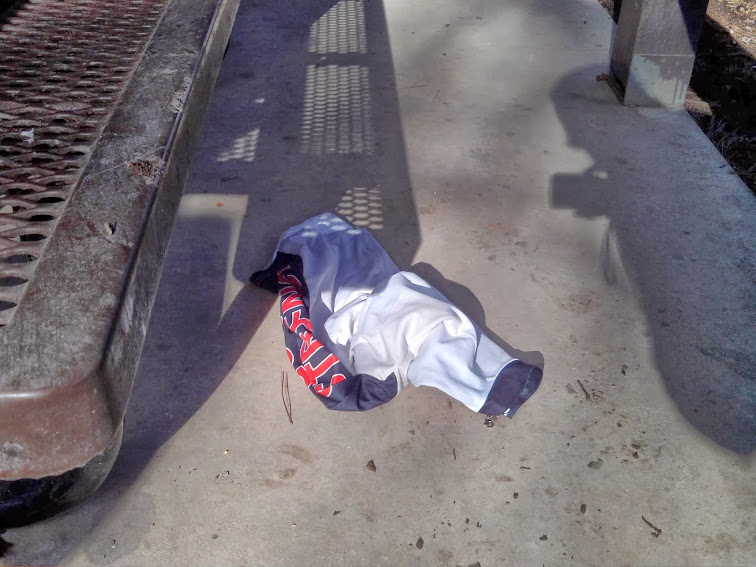 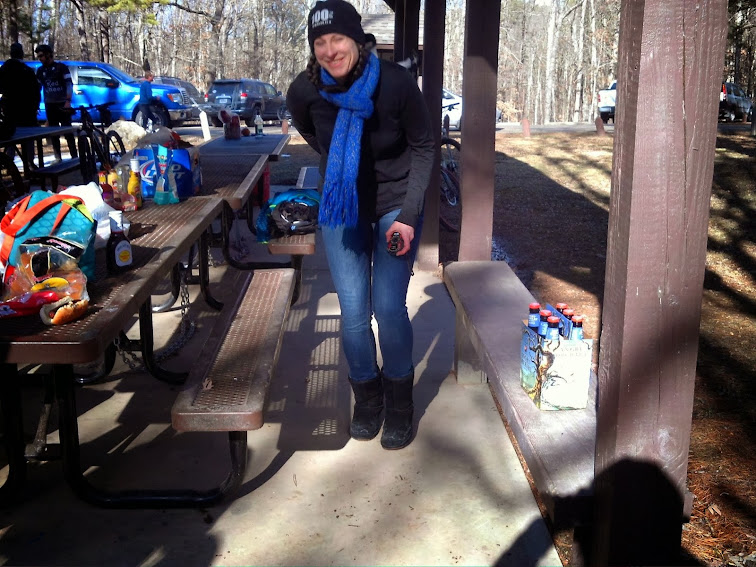 Posted in Bob didn't get to go, Epicnicity---yeah it's a word, Group Rides, Uncategorized