Last weekend, Kate and I toured the gravel roads of Jonesburg. The following is a brief account of the awesomeness that took place.

Kinda made me homesick for Callaway County

Since neither of us had saved the route ahead of time, (y’know, cuz we’re dumbasses),  there was a bit of confusion as to the actual route. But like things usually do, it worked itself out and we were on course in short order. A bit of pavement led us to the beginning of Massas Creek road, which we followed to Tower  road. Tower road lived up to its name with some nice climbs, but the scenery was worth the pain. We saw a lot of run down homes and unleashed dogs, but there were also a LOT of really nice homes out there.

My view for most of the day: Dusty roads and Kate riding off into the distance

I had told my wife we’d be doing this ride at a “training pace,” but that turned out to be a dirty lie. We did a fair amount of picture taking and non-race scheming, so time got away from us a bit. It was totally worth it though, because we found a LOT of cool shit…like this sun-bleached rib-cage for example:

Scenery abounds along this road. Check out this bridge..

The road cuts through a fair bit of National Forest area, and highlights some really great landmarks along the way, like the old house in the picture below. There’s a big “No Tresspassing” sign on it, so we didn’t walk inside and see evidence of fire damage and a pillow on the floor where someone’s been sleeping inside. But if we had walked inside and seen that, it would’ve been really interesting.

Further down the road we encountered a few more respectable climbs, but you’d never know it by the way Kate flew to the top and waited patiently for my fat ass to catch up. I’m gonna blame my sub-par performance on  knobby tires, but it would’nt have hurt to be a few dozen pounds lighter.

And what’s the deal with all of these plastic bags on the barb-wire fence? Is that to keep horses away or something?

The downhills. Oh, the downhills. Toward the end of Tower road we began our descent toward the Katy Trail and it was a face melter. Fast and furious, I loved it. Here’s a shot of Kate before the big drop.

Proof that she’s not quite yet over the hill

It’s really sad the way pictures do such an injustice to the beauty of nature. Anyway, when we got to the bottom of that rip-tastic downhill, we turned east onto the wet, soft Katy Trail. This was probably the only part of the ride I didn’t like. Riding the Katy when it’s soft just sucks. But eventually that part was over and we were on our way up Massas Creek road.

Massas Creek road is totally badass. There are times when it’s so rocky and loose you wonder if it’s even a road at all. There’s definitely a felling of remoteness.The creek crossings and rock formations are a visual treat, as was the bald eagle we saw overlooking the creek. No pics of him though; he  blasted off as soon as he saw us.

We ran into a friendly local at this bridge.

This rock face was enormous, but you’d never know it from looking at the photo.

Totally not a staged photo at all

….And Kate got to try out her fancy new waterproof cycling boots in this creek. I took the easy way out and rode across.

The rest of the way back to the truck was almost all uphill, so that was a peach. And while we both could’ve ridden further, I think we were glad to call it a day. This route was fantastic, and I mean that. Total mileage was just under 29 miles, but that included some wrong turns and a few off-course exploring rides. This ride could easily be streched to 30-50 miles, and I think it’s safe to say we’ll be riding it again very soon. Hopefully next time we’ll see you there.

The more we get together, the happier we’ll be.

Being as I have moved to the St. Louis area, I suppose it’s time we established an East-side (of Missouri) Virtuesday tradition.

In addition to the weekly Thursday night ride, there will now be a gravel ride leaving from the Mound every Tuesday at 6:30. Distances and effort levels will vary, but the level of awesomeness will remain at a solid 10 out of 10…unless Chuck brings another flask of his homemade booze, in which case the Awesomeness will be elevated to 11 out of 10.

Tonight’s ride will be approximately 20 miles long at a moderate pace.

The only 2 requirements for these rides are as follows:

2.) We like to have a craft beer potluck after these rides, so bring a few bottles/cans of something to share with the group.

People of ALL fitness levels and body types are more than welcome to join us. 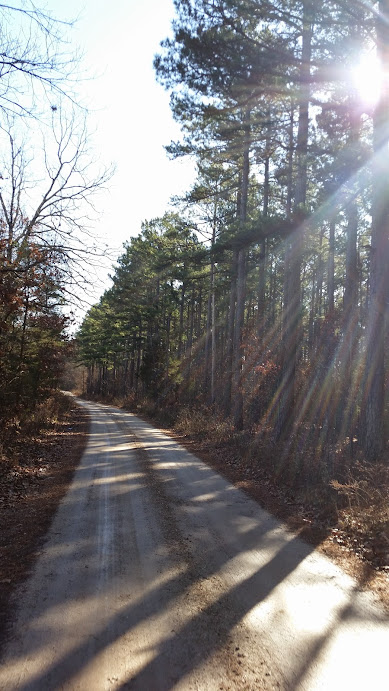 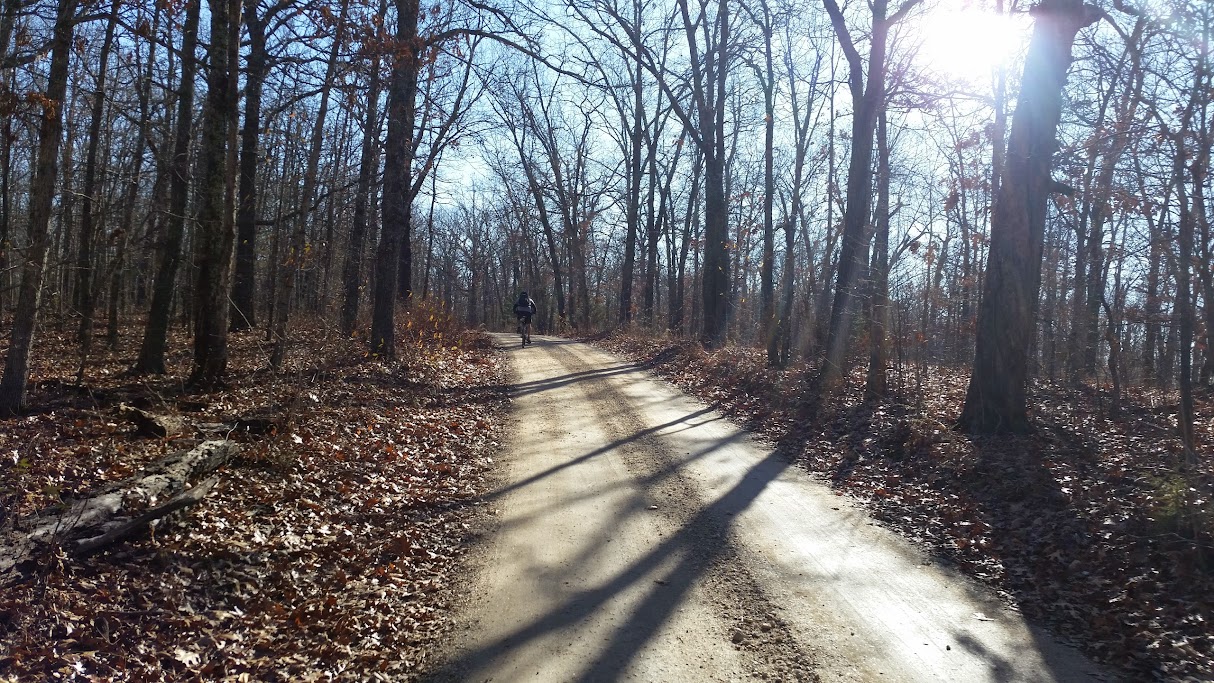 I don’t think I’m being modest when I say the CAC2 has the best orienteering leg of any non-race we’ve ever put together. I can pretty much guarantee everyone, even the seasoned racers, will be impressed with what the CAC2 has to offer. And as much as I’d love to post photos of all the cool stuff you’ll see…I don’t want to ruin the surprise.

That’s a picture of my little brother on a “not so recent” CAC2 scouting mission. Despite the obvious badassery going on in this photo, I can assure you that the picture does absolutely no justice to either the coolness of the rock arch he stands upon,  nor does it depict the deathplunge he would’ve experienced if he’d taken one step backward off of the rock. The CAC2 is supposed to be fun, but there are times when the CAC2 will demand your ultimate respect. Checkpoints have been placed in areas that showcase the land’s natural beauty, but also expose you to a bit of danger. This shit is serious business. (sometimes)

In that light, we’re going to require that you bring a bit of mandatory gear.

Individual Gear for the Entire Race:

Individual Gear for the Bike Leg:

Team Gear for the Entire Race:

Team Gear for the Bike Leg:

Other Stuff I would bring:

That should cover just about everything for now.  Stay tuned for an update on the Gravel Grinder we’re doing on Sunday after the CAC2.

Good morning everyone, Bob Jenkins here, reporting to you via my new cell phone (gasps) regarding the status of CAC2, “The Second Coming”.

As one might expect, the recent snowfall has made course setup..interesting this year. Robby and I went out yesterday to hang our newly acquired and  totally legit CP markers

Personally, I could not be more excited that we no longer have to walk thru the woods carrying lengths of pvc pipe to make orienteering flags.

Things are coming along nicely,  and I have no doubt that this year’s course will be both fun and challenging.

Of note, we placed a flag yesterday that will likely pivotal to CAC victory. It’ll take some savvy navigating to find, and you could literally be standing on top of it and not even know. In fact, I’m completely open to putting a wager on whether or not Team WTFAR will ever locate it on their own with no help or GPS.

That right there is a natural rock arch. There’s no way Garrison is finding that thing.

In other news, a list of all required gear will be posted soon, and I hope you have some thorn-proof pants.