I know you are probably getting sick of hearing about the “ass-kicking” we took at the 36 hour Berryman Adventure Race.  However, there is one more point worth discussing that I wasn’t able to fit into the report…Passport Separation Anxiety. 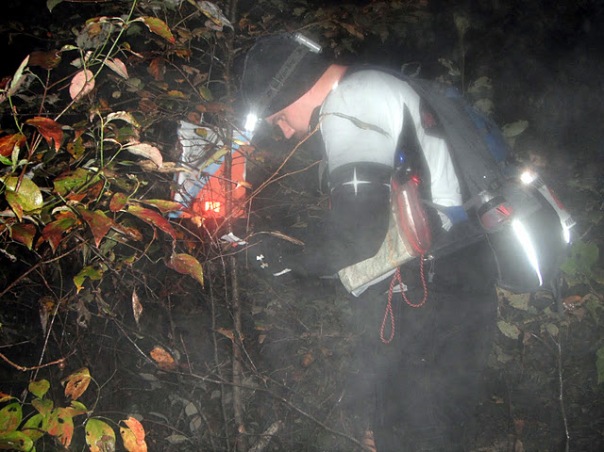 Luke punching our passport during the Berryman 36 Hour Adventure Race

For those of you who don’t race, the passport is an official race form that you punch with a differently shaped hole punch at each CP.  This proves that you were at the CP and ensures that you get credit for locating it.  If you lose the passport you have no proof of getting any of the CP’s and cannot officially finish the race.  The Berryman was the first time in a big race where I was in charge of the passport.  Usually Luke handles most of the navigation, BLD is the passport guy, and I am the guy that reminds everybody to eat and drink and tells an occasional bad joke.

With just me and Luke on the team for this race I inherited the passport duties.  First, I had to decide where to keep the passport.  I needed a secure location that was easily accessible since you need to punch it at each and every CP.  I decided that I’d put the passport in a Velcro sealed pants pocket on the outside of my right leg.  It fit the criteria; it was safe and easy to get to.  This worked great through the first night.  I’d punch the CP, slip it in my pocket, and then push the Velcro flap down to seal it and not think about it until we needed to punch it again. 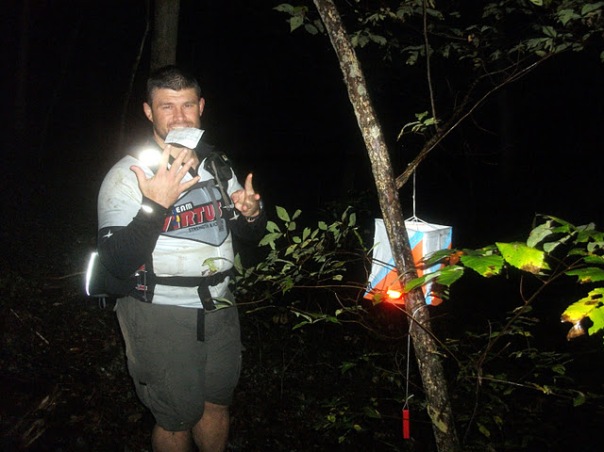 As the race went on and we collect more CP’s the inherent value of the Passport went up proportionately.  If I lost it early in the race; in theory we could get another passport and then retrace our steps to collect the CP’s again.  However, after about 12 hours I realized this was no longer an option.  If I lost it now, our race was officially over.  We’d have another “unofficial” finish under our belts this summer (I swear Luke’s almost done with the Lionheart Report).  I became more aware of the passport and began to check the Velcro seal between CP’s.  I’d reach down and pat the closure assuring myself that it was still sealed and that I hadn’t lost the passport.

By the time the sun went down on Saturday we had many CP’s collect and I was even more anxious about the passport.  I could feel the weight of the passport in my pocket.  It was as if I were Frodo and the passport was the ring that I was sneaking into the depths of Mordor. 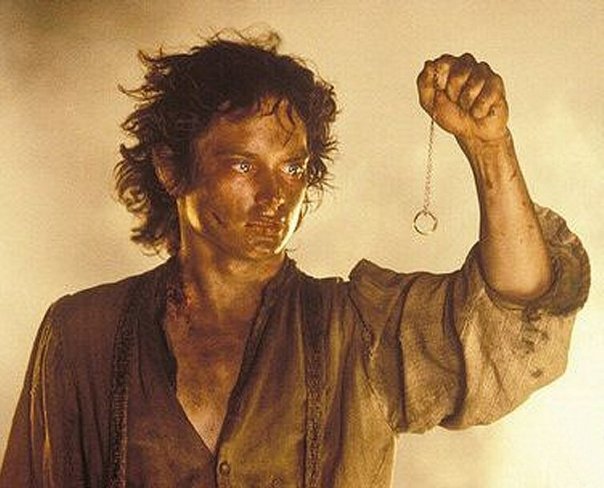 I began to not only check the Velcro closure but I felt lower in the pocket to actually feel the passport through the pocket to confirm it was still there.  Making sure the pocket was sealed was just no longer good enough.  I had to physically locate my passport, to prove to myself that it was still there.  I thought about changing the location of the passport.  Maybe that pocket wasn’t secure enough.  There had to be a better, safer place for the passport.  I thought about where to move it to.  I decided the pocket had served me this far and was probably the best place to keep it.  Plus, I was afraid that I would forget where I moved it to and become frantic when I thought that it was lost.

As the race went on and I grew more sleep deprived I began to check for the passport more frequently.  I would check it at least every 10 minutes.  I was becoming obsessed.  I would not lose the passport.  During the night/fog paddle leg of the race I had a horrifying experience not mentioned in the race report.  After climbing in and out of the canoe numerous times, after wading through the river and stumbling along gravel bars I finally remembered to check my pocket.  I hoped I still had the passport.  I put my hand down and felt through the pocket.  There was no passport.  My heart beat rapidly, my breath grew short, and I broke out in a cold sweat.  I was panicking.  Where was the passport?  How could I have lost the passport?  What could we do? 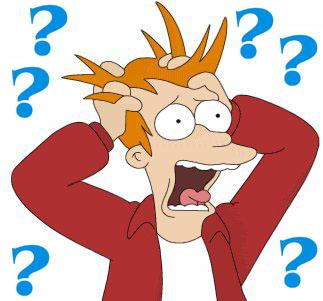 HOW COULD I HAVE LOST THE PASSPORT? LUKE IS GOING TO EFFING KILL ME!

I felt my pocket again, and it wasn’t there.  The pocket was sealed but there was no passport.  I began to fear it got washed out of my pocket when I was in the water at some point.  I thought about telling Luke I didn’t know where our passport was and quickly decided against it.  I was afraid that he would kill me.  After all the effort we put into collecting all those CP’s, how could I have lost the passport?  I mean we only had 3 CP’s left.  I kept it safe for so long.  I decided that it had to be in my pocket.  I felt again through the pocket and didn’t feel it.  Was there a hole in my pocket?  I opened the Velcro flap and put my hand in the pocket.  No hole.  Nothing!  I dug deeper and felt around.

I felt something, deep down in the corner of my pocket.  It was kind of folded into the material of my pocket.  I grabbed a hold of something.  Was it our passport?  I pulled my hand out of my pocket and I was holding onto our precious passport.

I breathed a sigh of relief.  My heart rate returned to normal and I felt so relieved.  I was so happy; Luke wasn’t going to kill and our race wasn’t going to be “unofficial” (assuming I could keep track of it for just a little bit longer).  It turns out that I didn’t lose the passport.  It had been in my pocket all the time.  I thought about finding a new home for the passport but figured it was safest in its previous location.  I mean after all that we have been through and to have it still be there.  I decided it was a safe location to keep it for the duration of the race.

For the duration of the race I found myself checking for the passport almost nonstop.  I constantly was feeling down the outside of my pocket confirming its location.  As I grew sleep deprived and became more delirious it grew worse.  I kept a hand on my pocket almost the entire time for the rest of the race.  I actually carried the passport in my hand from the final CP to the finish line.  The only way I felt comfortable at this point was if I could actually feel and see the passport.

I have thought about this a lot since the race.  I wonder why there isn’t a better way to keep track of your passport.  Why hasn’t somebody invented a case to carry it in?  Or why isn’t the passport made of laminated card-stock with holes punched in it so that you can put a string through it and carry around your neck?  There has to a better solution for the passports than a piece of paper that you fold up and stick in a pocket.  I will waste much time in the near future pondering a better passport solution.

Posted in Nonsense and Tomfoolery, Uncategorized